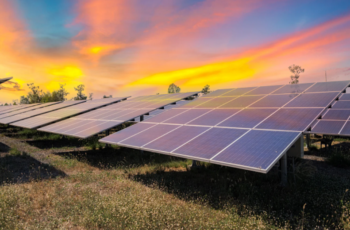 A beginner’s take on US renewable project finance

In our latest insight from the US, Anna Rogers looks at the renewables market and what insurers should be aware of when considering supporting new project financings in this area.

As some of you may have noted from our latest Update on the US, I have recently relocated to Texel’s office in New York. The differences in life across the pond have been numerous and sometimes surprising to say the least (a ‘bomb cyclone’ and 2 foot of snow overnight when I had barely been on the ground a few days was certainly unexpected), and this article considers my reflections on the differences in an area which had occupied much of my time whilst in the London broking team: project finance for renewable power.

Over the last few years insurer appetite in London to support on project financings of renewable power projects has grown extensively, as documented in Texel’s recent Project Finance Survey, and our banking clients have increasingly used credit insurance as a key part of their distribution and portfolio management strategies. The credit insurance space in North America is now following suit, with several markets increasing their appetite and tenor capabilities in order to provide extensive support of project finance for renewables.

The US renewable project finance market has many of the same features which have made European deals so attractive for insurers in Europe. The Environmental, Social and Governance (‘ESG’) credentials of projects which decarbonize power supplies, are very welcome to insurers – particularly those who have set up specific initiatives to try to capture a greater stream of environmentally-friendly business, as part of initiatives to improve the ESG credentials of their portfolios.

The United States, under President Biden, has put in place strong carbon reduction targets, aiming for a 50-52 percent reduction from 2005 levels in economy-wide net greenhouse gas pollution in 2030. Greening the country’s energy mix through the construction of wind farms and solar parks will play a key role in achieving these targets. Corporates and utilities are also likely to drive this trend, as many of them seek to clean up their energy supplies. In 2020, renewable energy accounted for about 19.8% electricity generation in the US, and it’s factors like these that suggest renewable energy generation will become a key area of interest for US credit insurers in the coming years.

Fortunately, distributing assets in the renewable energy project finance space to credit insurers is becoming similarly attractive for banks. Credit insurance can provide both credit and capital enhancement: banks are able to manage their limits and any concentration risk on sponsors/EPC providers, by distributing a portion of the debt to the credit insurance market (most of which is rated between A+ and AA- generally a higher rating than most of the counterparties seen in renewable project finance transactions). Banks are also able to offer larger tickets to their key partners in the renewables space, without the need to disclose any insurance arrangements to the sponsors given credit insurance operates as a silent product.

However, there are also many areas of the US renewable project finance market which are totally unique, with which many insurers are still slightly less familiar. One of the most obvious unusual features to an insurer newly looking at this space is the prevalence of tax equity financing: federal regulations allow renewable energy projects to claim production and investment tax credits (PTC and ITC respectively), which has led to tax equity investors becoming a key source of financing for renewable power. The ITC is a credit for expenses invested in renewable energy projects (usually solar), whilst the PTC is a tax credit of between 1c-2c per kWh generated by the project (this only applies to wind farms). Most renewable energy developers do not have a sufficient tax burden to really benefit from these credits: this means that partnerships have developed where investors who have a significant taxable income invest in a project (usually as an owner, when construction is almost completed) in order to secure the tax benefit. This source of financing has led to structures such as partnership flips and back-leverage being common in the US market.

For an insurer whose expertise in project finance for renewables has mainly developed in the European or Asian markets, these structures are quite unfamiliar and require some work to understand. Banks who are able to educate insurers in the unique structures commonly seen in the US renewable power financing markets, particularly as these structures continue to evolve and become more complex, are likely to reap rewards in terms of the number of insurers who can support on enquiries, and priority status on placements where competition for capacity is high.

An understanding of the unique political and geopolitical factors affecting the renewable energy market is also crucial for insurers getting comfortable with supporting new project financings. China is dominant in the global supply chain for solar power, as it produces a significant amount of the material and parts needed to build a solar panel. President Biden has recently extended the Trump-era Section 201 tariffs on imports of solar panels and modules from China, in order to create and protect jobs in the US solar industry, and has also banned imports of polysilicon from China as a result of human rights concerns stemming from the treatment of Uyghurs in the Xinjiang region (one of the key polysilicon-producing areas in the country). These bans, along with rising shipping costs and commodity prices, have made cost inflation a real problem for US solar projects. Furthermore, it is difficult to predict how Biden’s aforementioned carbon reduction targets will fare as he attempts to get his Build Back Better bill passed through Congress, let alone how the spectre of a second Trump presidency may eventually impact the US’ pivot towards low carbon electricity infrastructure. These factors do make the ascent of renewable energy as part of the power supply a little less certain, but we do not anticipate that they should have a detrimental effect on insurer appetite to support as long as it is clear that these factors have been properly considered during the structuring phase of the project.

There is no doubt that we’ve only just scratched the surface of the complexity of the US renewable energy market, and that there will be many further key considerations when getting insurers comfortable with supporting on project finance for renewable energy. Nevertheless, what is clear is that the credit insurance market will provide an increasingly useful distribution option for banks over the next few years, as insurers continue to increase their appetite in this area.

If you would like to discuss purchasing credit insurance for your project finance for renewable energy portfolio, please contact us at: US connect inbox.

Previous story
Back to news
Next story
We use cookies on our website to give you the most relevant experience by remembering your preferences and repeat visits. By clicking “Accept”, you consent to the use of ALL the cookies.
Cookie settingsACCEPT
Manage consent

This website uses cookies to improve your experience while you navigate through the website. Out of these, the cookies that are categorized as necessary are stored on your browser as they are essential for the working of basic functionalities of the website. We also use third-party cookies that help us analyze and understand how you use this website. These cookies will be stored in your browser only with your consent. You also have the option to opt-out of these cookies. But opting out of some of these cookies may affect your browsing experience.
Necessary Always Enabled
Necessary cookies are absolutely essential for the website to function properly. This category only includes cookies that ensures basic functionalities and security features of the website. These cookies do not store any personal information.
Non-necessary
Any cookies that may not be particularly necessary for the website to function and is used specifically to collect user personal data via analytics, ads, other embedded contents are termed as non-necessary cookies. It is mandatory to procure user consent prior to running these cookies on your website.
SAVE & ACCEPT